From AtariForumWiki
Jump to: navigation, search 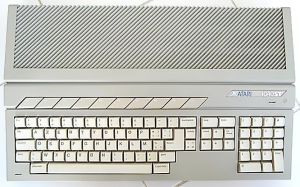 The Atari STE (Sixten Thirty-two Enhanced) which was released in 1989, was the direct replacement for the STFM model and was the last of the ST range aimed at the casual gamer and home consumer to be created by Atari. The enhancements over the last model were primarily aimed at gamers and included:

Two models of STE were produced by Atari, the 520 and 1040 varying only in the installed ram with 512kb and 1024kb respectively. The style of case is identical to the previous models.